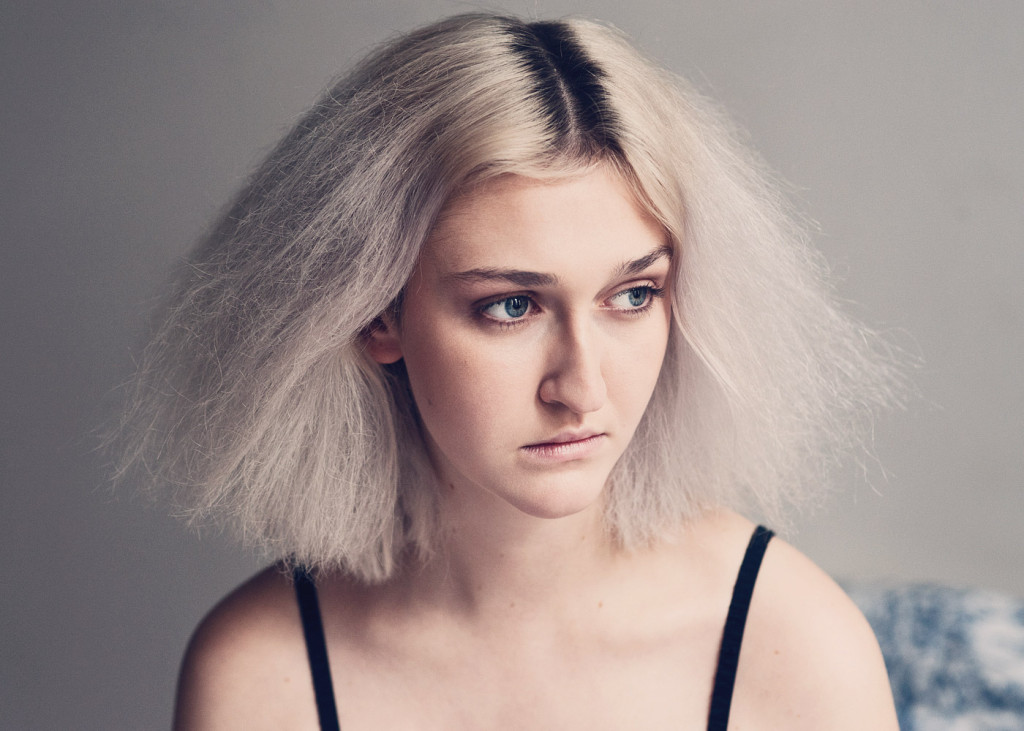 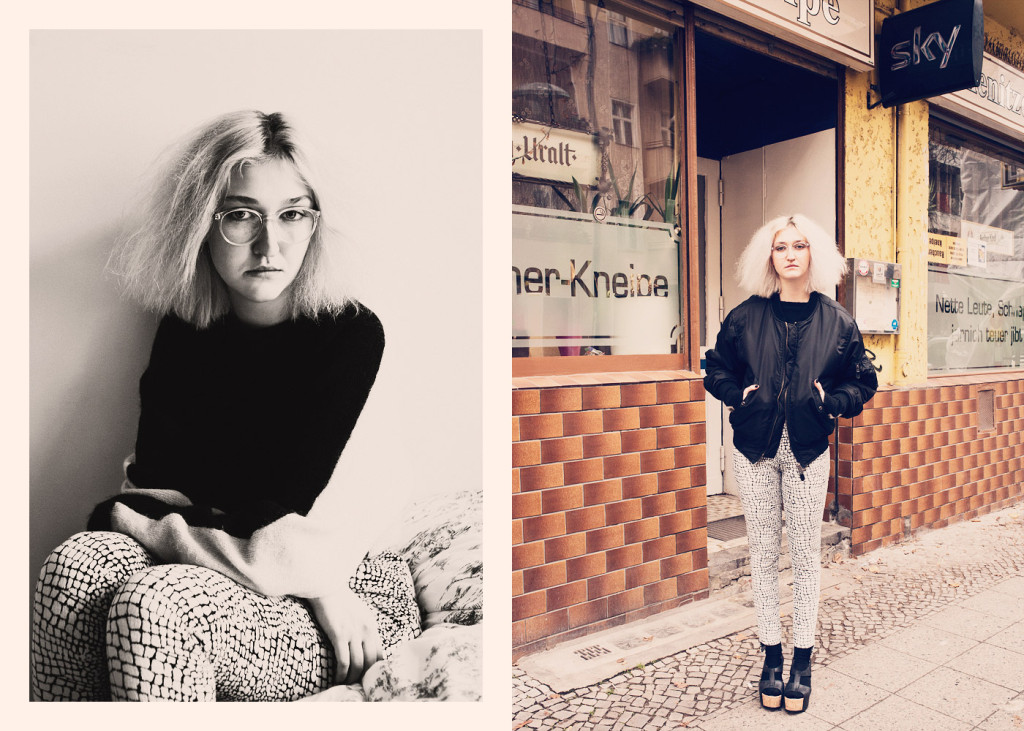 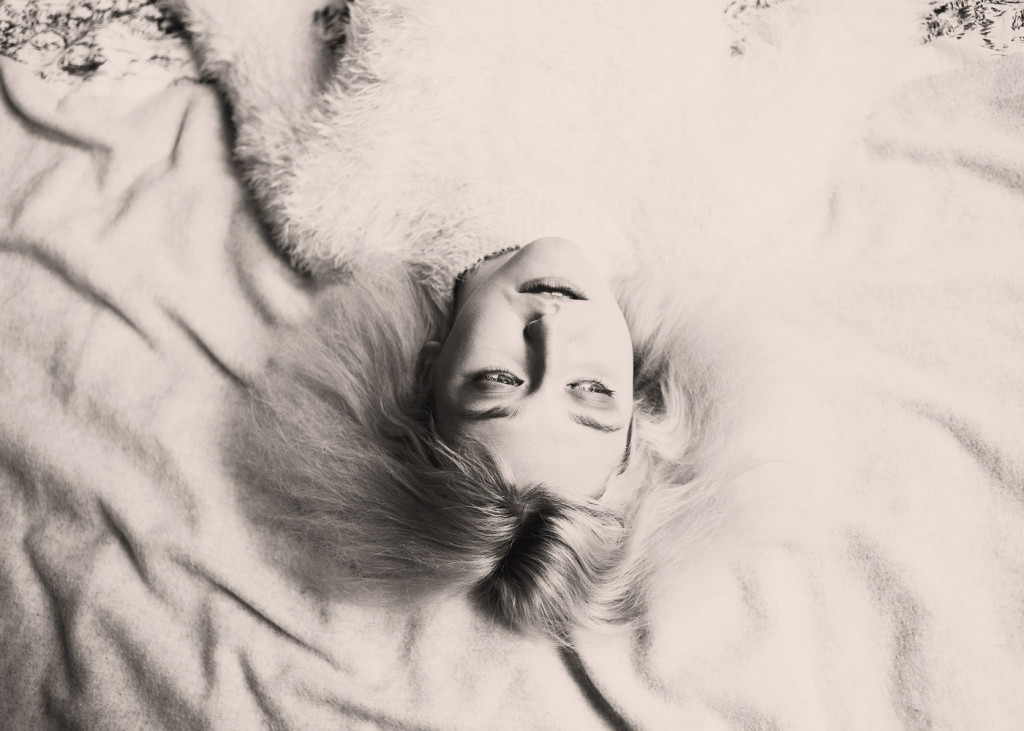 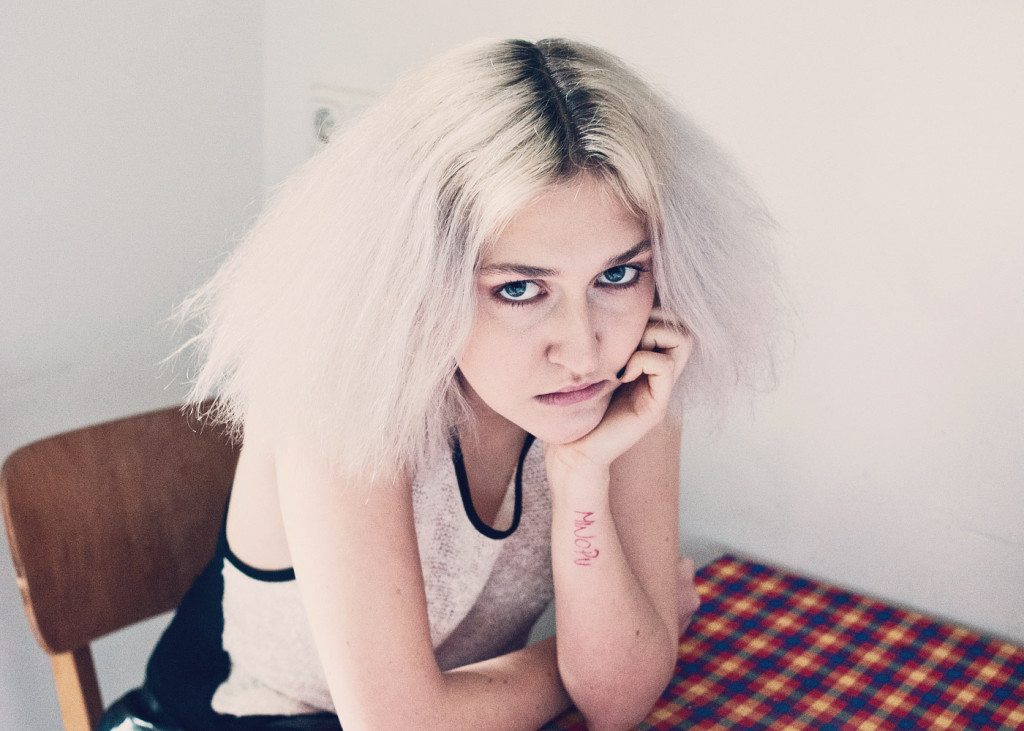 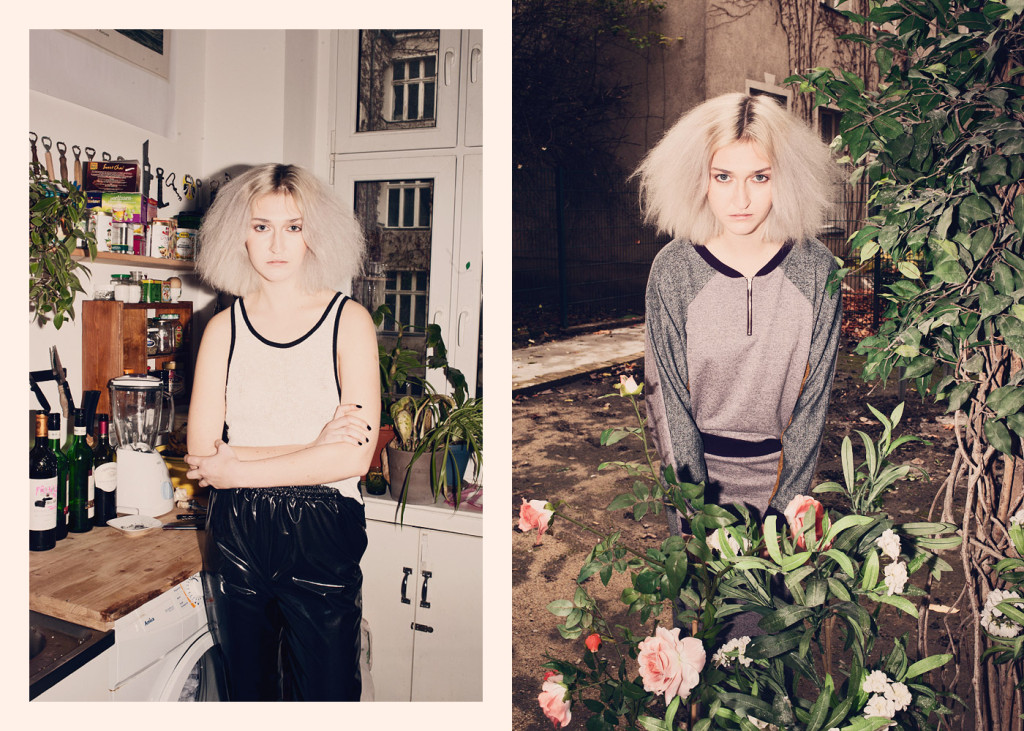 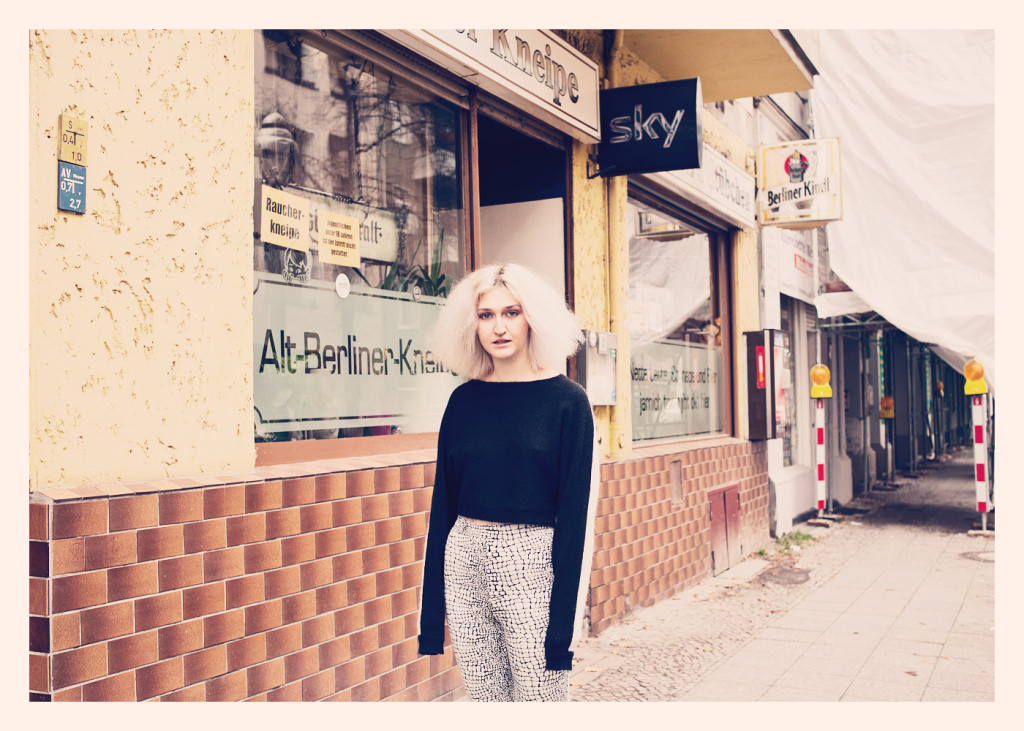 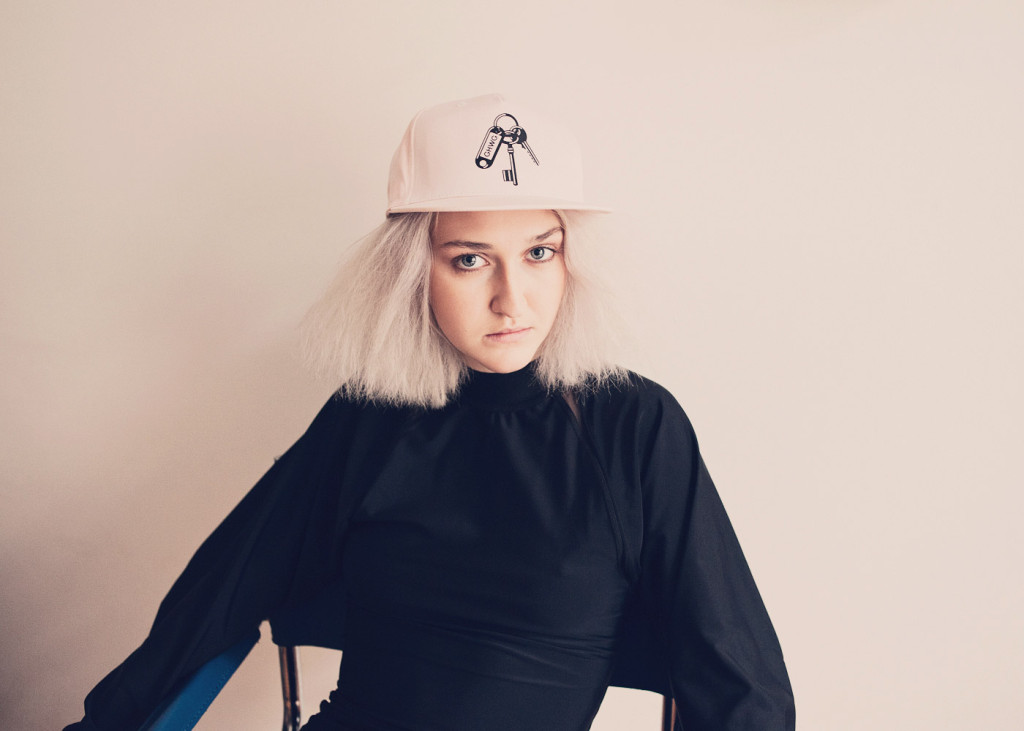 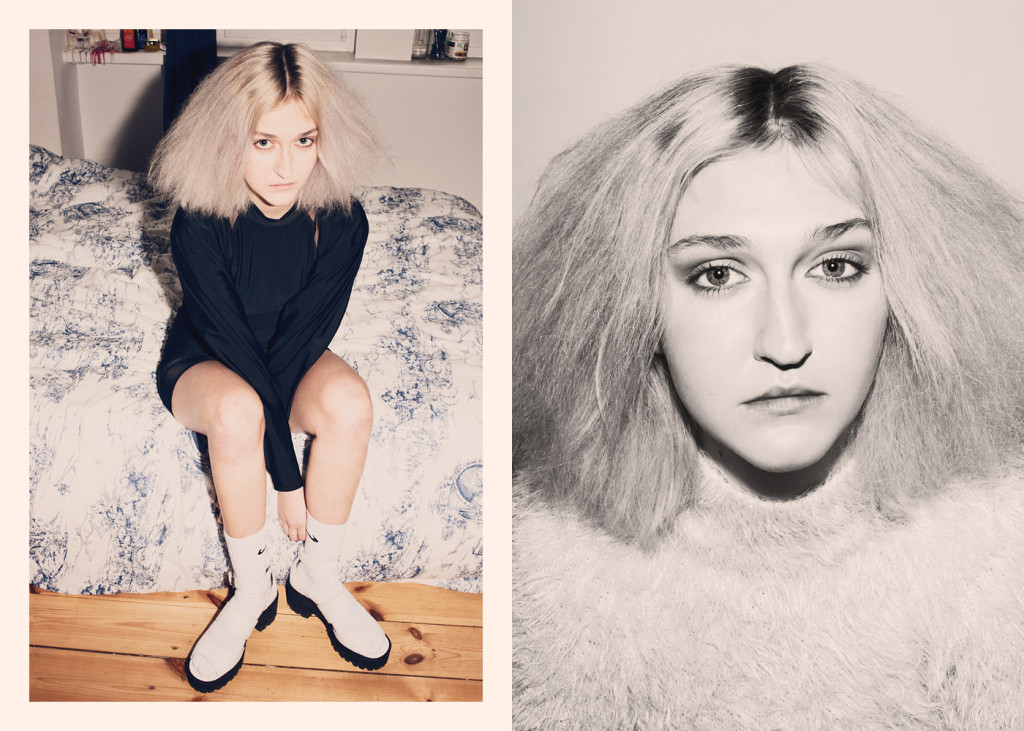 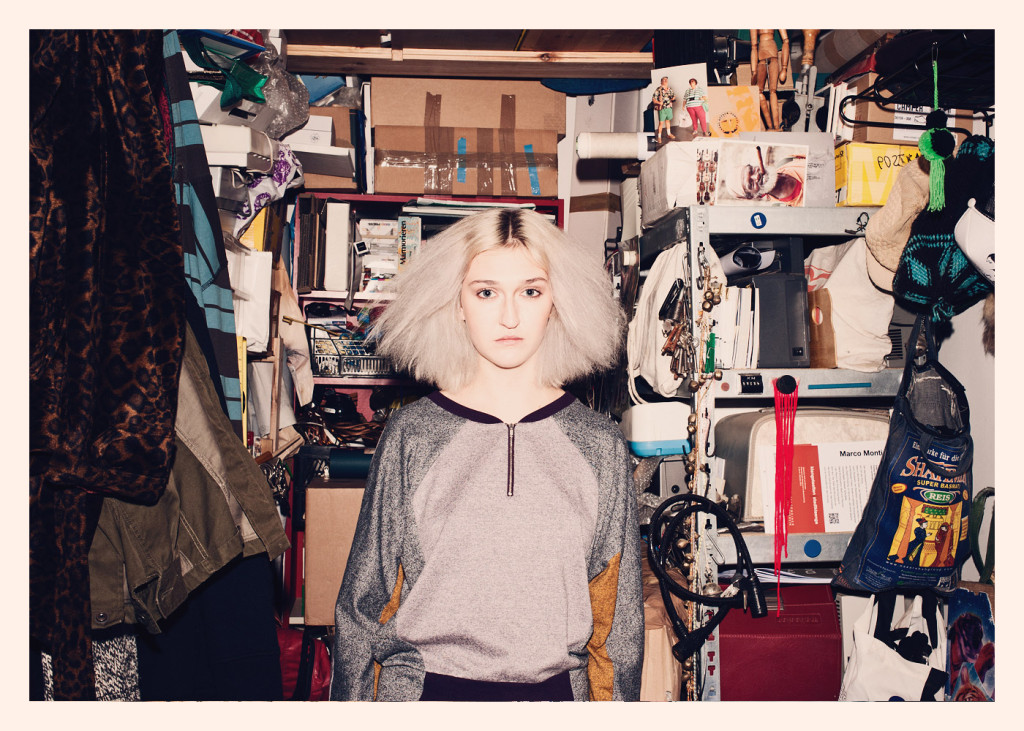 I started doing a few shoots in Paris when I was 14, but never took it too seriously. When I decided to move to Berlin, I was advised to try at Izaio, which I did, and that’s how it started for real.

Are all your tattoos real? Which is your favourite?

Yes, they are all real… I think my favorite one is the tiny tooth I have on my wrist. It doesn’t mean anything, but maybe just having braces for three years made me a bit obsessed with teeth…

Three words to describe your apartment?

Not really my apartment, messy, cold.

What do you collect?

I used to collect elephants as a kid, it was all part of becoming a buddhist and being a vegetarian when I was 7 years old. Of course it didn’t last too long. Now I just live in a place with a collector so I don’t really feel the need to collect anything. For real.

Do you have any nicknames? What’s the story?

I have many nicknames. Ninoushka, minopu, yung ninja, nibs, pipu… They all have different roots and stories, and are all used by different types of people.

Maybe that’s what I collect actually.

If you had to choose one outfit to wear for the rest of your life, like a Simpsons character, what would it be?

Where were you born and how did you come to live in Berlin?

I was born and raised in Paris by a French mum and Swiss dad. Berlin was the first place I travelled to alone when I was 15. I loved it and kept coming back at least 2 or 3 times a year for 3 years. I have to admit I was a bit obsessed with the idea of moving here and studying here. When I graduated last year I booked my tickets and two weeks later I was here. That’s pretty much it, and I don’t regret it at all.

What is the strangest thing that has happened to you in Berlin?

Soft story or real story? I think it was probably on the U-bahn, the U8 to be precise, on any Sunday morning around 6 or 7am. It’s a real festival of weirdos, I really regret that I don’t have popcorn with me sometimes.

Describe your favourite food using only colours and shapes…

What is the craziest thing that ever happened to you?

I ripped off my finger when I was 6. That was pretty wild. But it’s back now.

Summer, winter, or the ones in-between?

Winter for sure, when it’s snowy, icey, and it almost hurts breathing in.

If you could be any fictional character, who would you be?

I would definitely be sailor moon or the princess from “The Never Ending Story”. Just someone with a shining personality and good hair.

Would you rather, join a circus or live on a private island?

Probably join a circus, just to show off some of my magic.

What is the weirdest food you have ever eaten?

I used to make drinks when I was a kid, mixing milk, ketchup, and spices. I was just into experimenting, or maybe I just loved throwing up.

If you could be any animal, what would you be?

Maybe a sloth, apparently they’re very friendly and smell like toasted oatmeal. What more could you ask for?

Nina K was photographed and interviewed in April 2014.