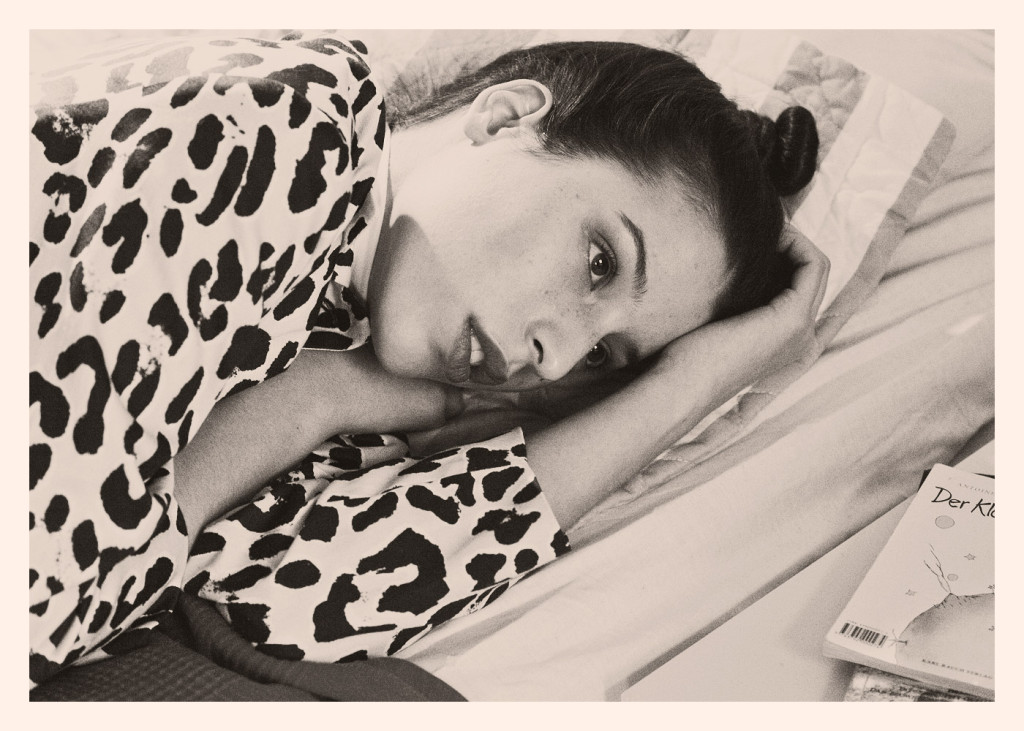 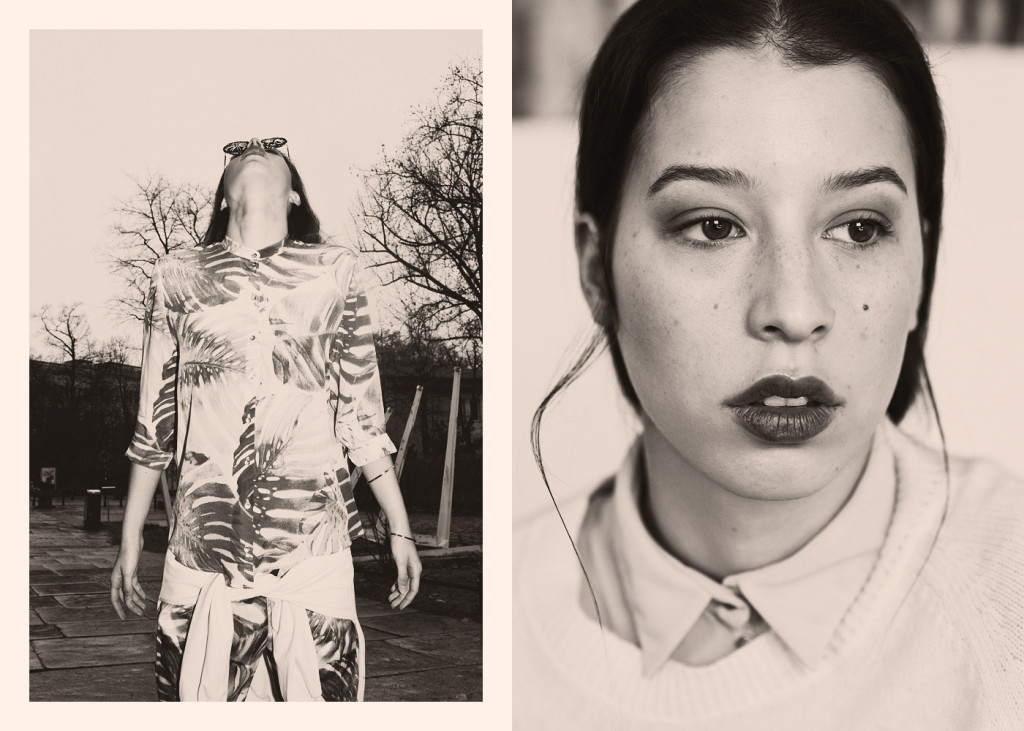 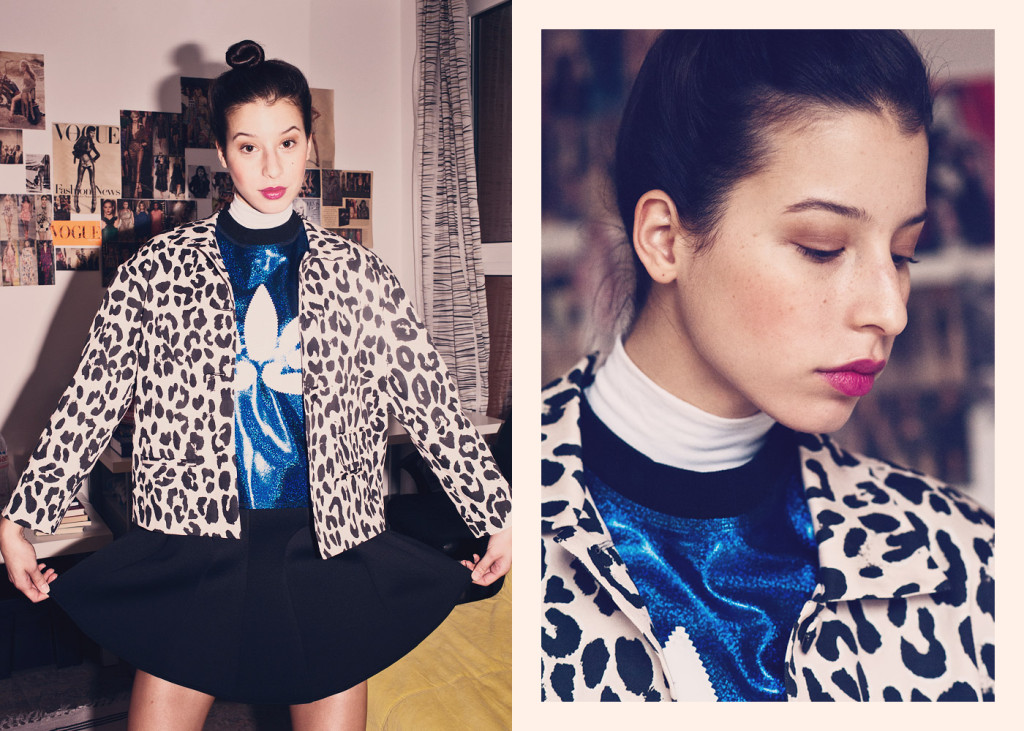 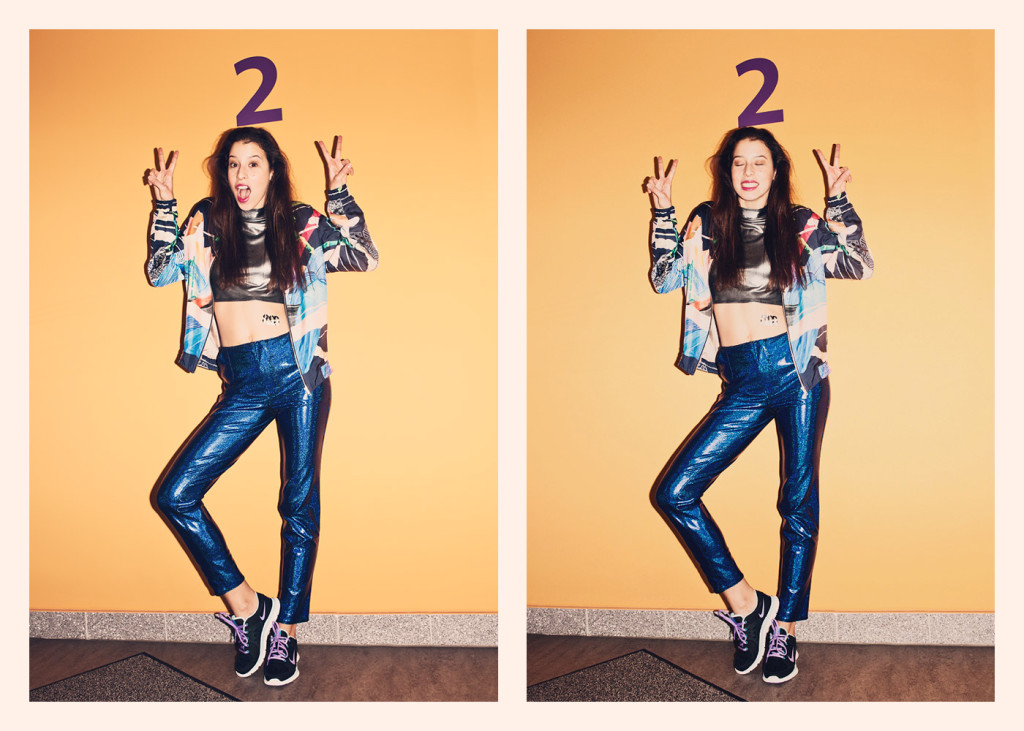 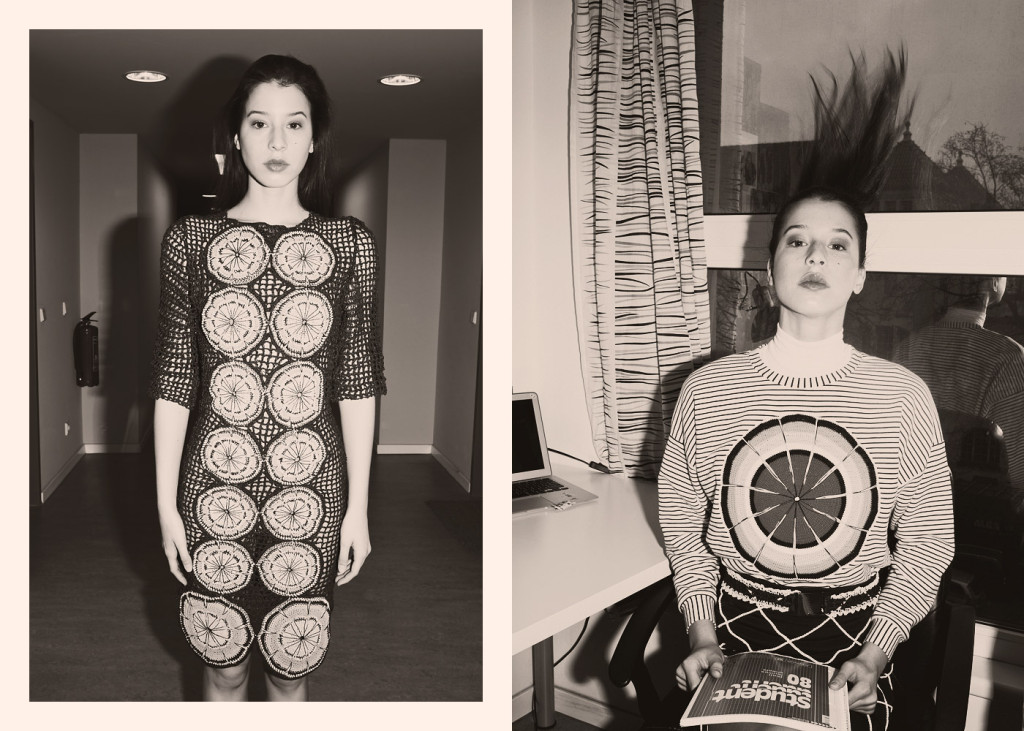 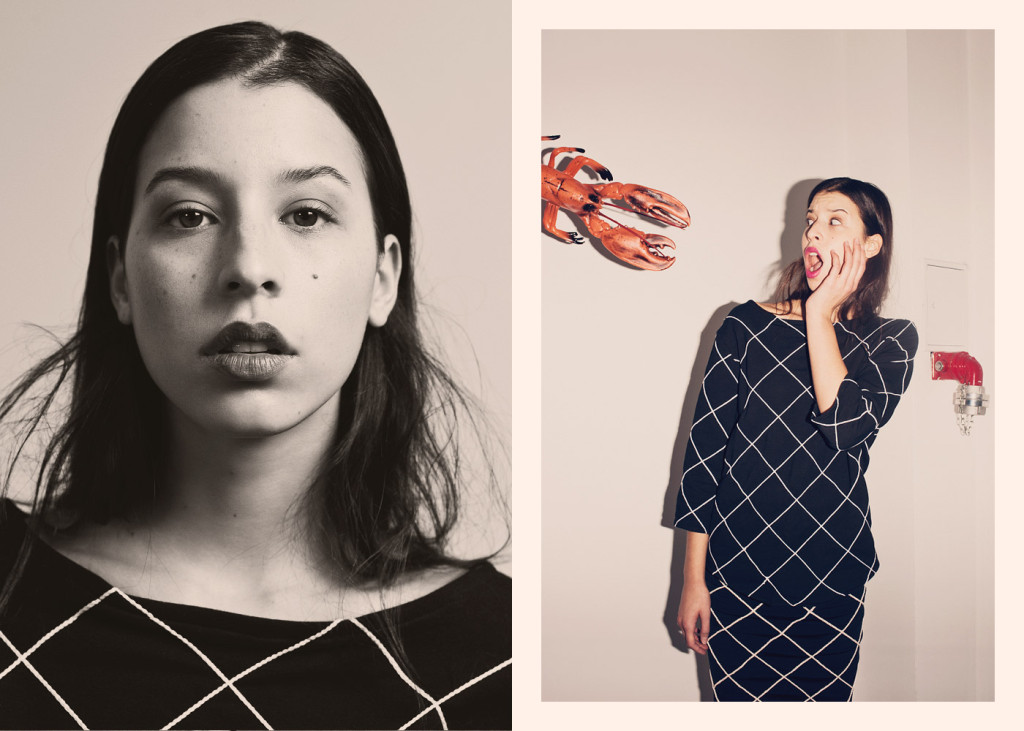 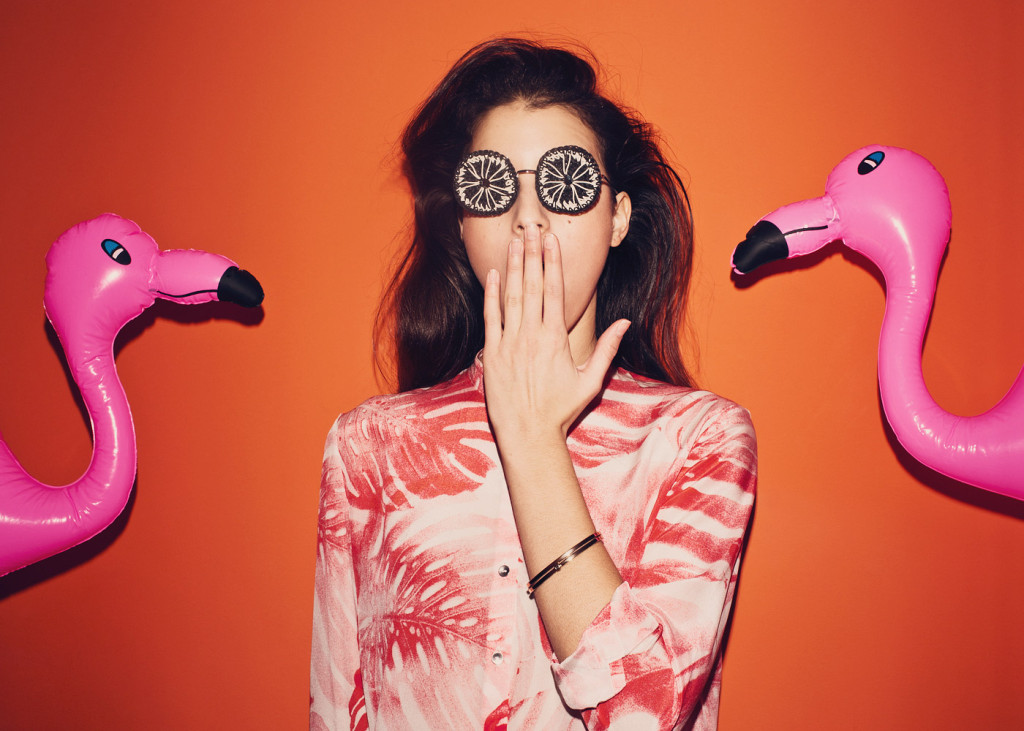 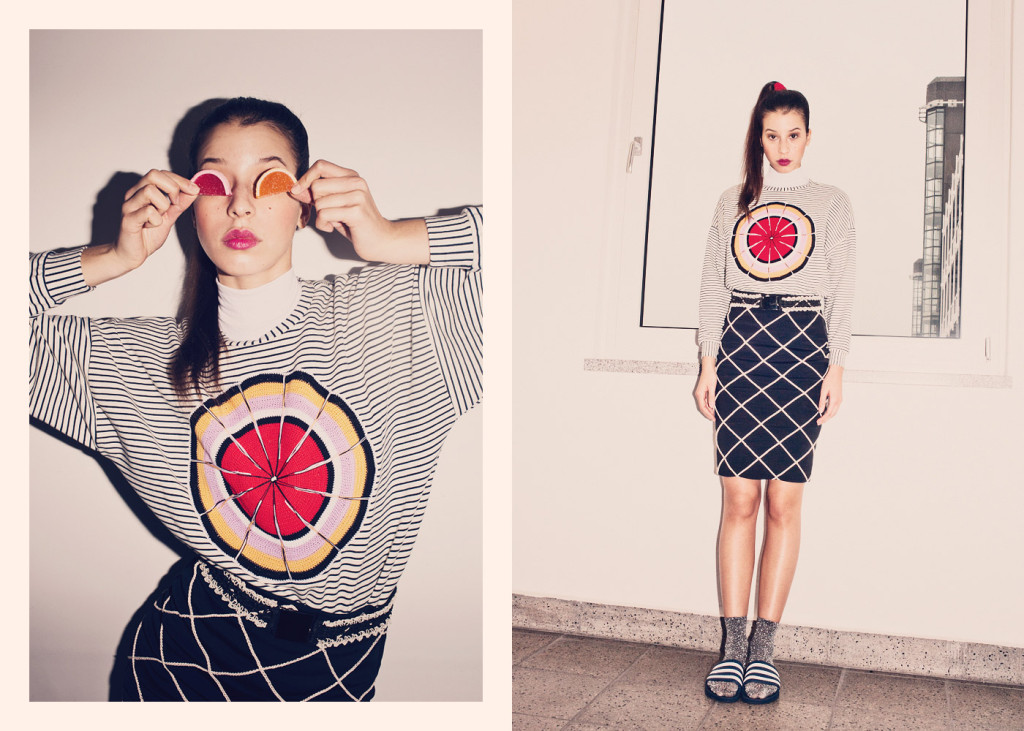 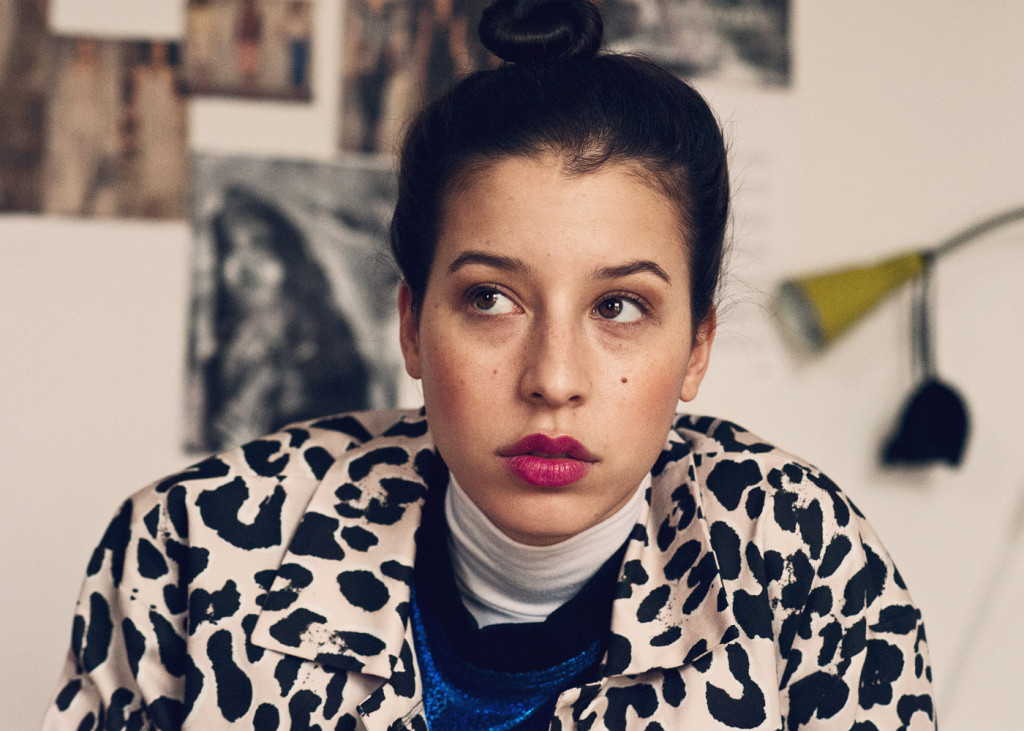 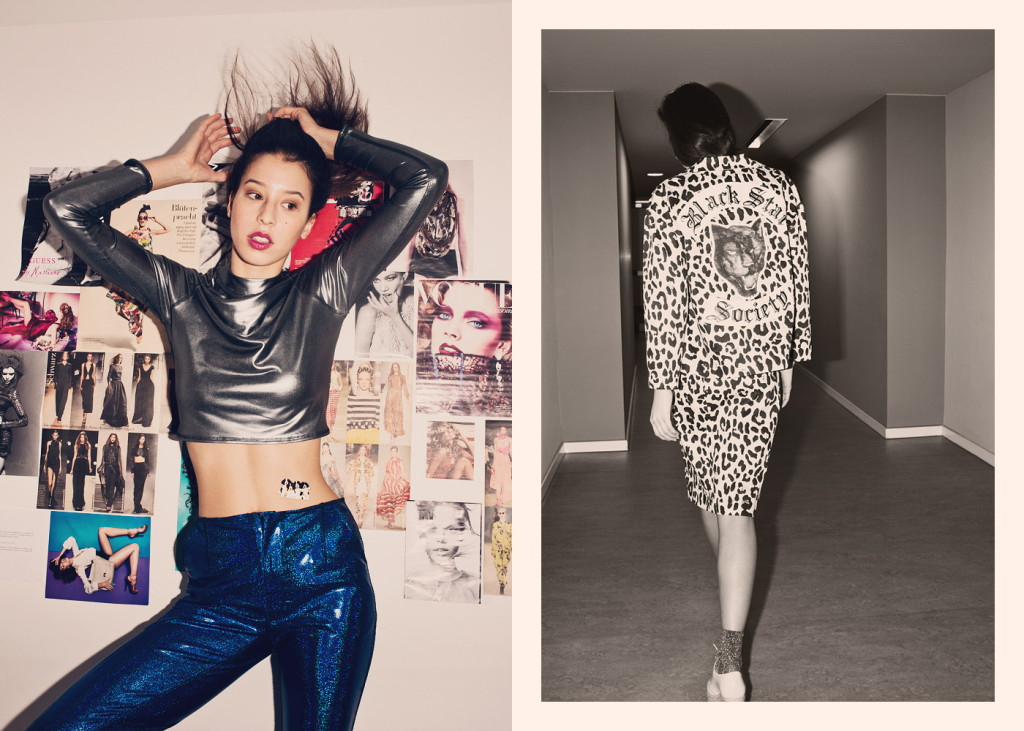 People have been telling me I should try modelling since I was 7 years old. When I was 14 my ballet teacher asked me if I would stay in New York with her to continue dancing and to start modelling, because she had contacted a few modelling agencies on my behalf and had received a good response. At the time I was too young to make my own decisions and we were moving back to Europe, so my parents didn’t consider the idea. When I was 16 and we were back in Budapest, I couldn’t get the idea out of my mind, so I sent  some photos in to a few agencies and signed with IMAGE Model Management. I could only model for a year or so, before we had to move again. The next time I managed to get back to it was here in Berlin, where I simply walked into my current mother agency VIVA and signed with them about a year and a half ago.

How many countries have you lived in and how many languages do you speak?

Due to my father’s job, we moved around quite a bit. I have lived in Luanda (I was too young though at the time), in Budapest of course, Brasilia, São Paulo and in New York City. Now I am living in Berlin. I speak four languages fluently; Portuguese, Hungarian, English and German, which I tend to mix up quiet often. I still want to get back to learning French again. Spanish and Italian are also on my list, but those should be easier due to Portuguese. ;P

What did you dream of being when you were a kid?

It’s funny, because I actually dreamed of becoming a model when I was little, among some other things… I had my phases. I wanted to be a dentist, a stewardess, a diplomat and a banker at some point.

What’s the most disgusting thing you have ever eaten?

There are probably more disgusting things than this, but the first thing that comes to mind is a Brazilian fruit called “pequi”. My mom used to put it in the rice from time to time, but she stopped, because my dad and I would complain it smelled and tasted like bad perfume. It has a very strong odour. I also find artichokes very repulsive.

What is the strangest thing a stranger has said to you?

This is a tough one… the only real situation I could remember, was when I was going to elementary school one morning in New York and wanted to cross a red light to catch the bus. A man standing next to me at the light, said something like: “Nana, don’t cross now, the bus will wait. It is not worth rushing for!” And how right he was, the bus did wait. That comment kind of stayed with me, not only for that moment, but also for life in general.

I loved dancing in my ballet studio back in New York and in Budapest. I also danced at home with a friend of mine. I love dancing ballet, hip-hop, and samba, but I like it most when I have enough space to move.

Where were you born and how did you come to live in Berlin?

I was born in Brasilia, Brazil. My mom is Brazilian, but my dad is Hungarian. So I actually really only lived in Brazil because my dad was sent there for work more than once.
I came to live in Berlin on my own to study, while my parents continue to work abroad.

Best and worst parts of living “on campus”?

Well, the best part is that you only have kids in their 20’s as your neighbours and the campus is always busy with students. I like that.
The worst would have to be that it can get pretty loud sometimes, with the college parties and such, but actually, I don’t mind that at all. Also, the small dorm rooms, those can get a bit claustrophobic at times.

Do you have any secret talents?

The only thing I could really think of is standing on the tip of my big toe, like Kate Winslet in Titanic. But I guess that comes with the 14 years of ballet…

How do you feel about cheese fries?

I don’t recall ever having eaten fries with melted cheese on top, but they sound delicious! Now the cheese part would be a no go for me, due to my lactose intolerance..

What makes you want to scream really loud?

Well, I tend to speak pretty loud as it is, but I manage to top that when I am either very upset or very happy, then I just seem to lose control over my voice.

Do you believe in afterlife?

Yes I do, not so much in the heaven kind of way, but I like to believe that there is definitely some sort of life after death.

It would have to be a bird. I love the thought of it being free to just fly away, wherever, whenever.

Luana was photographed and interviewed in April 2014.