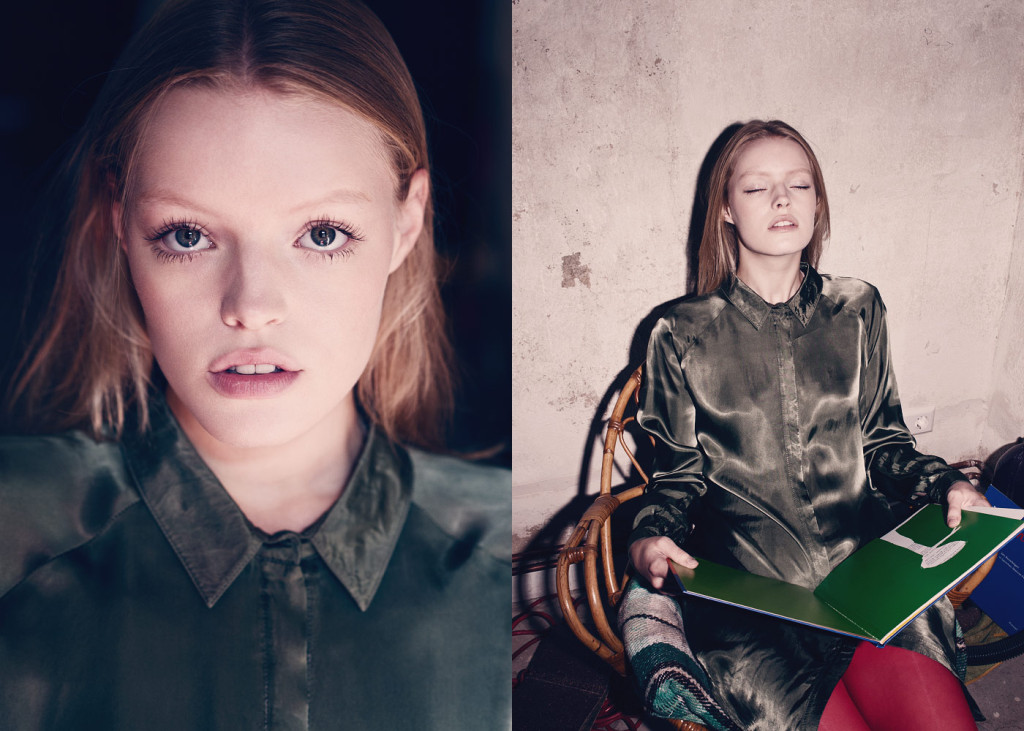 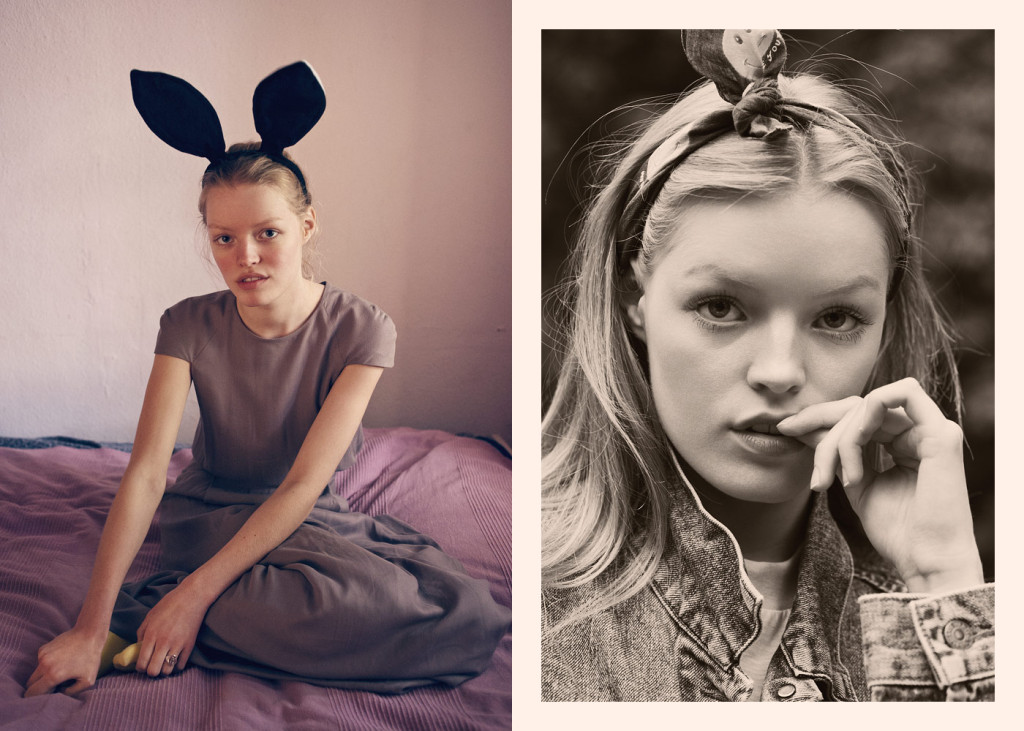 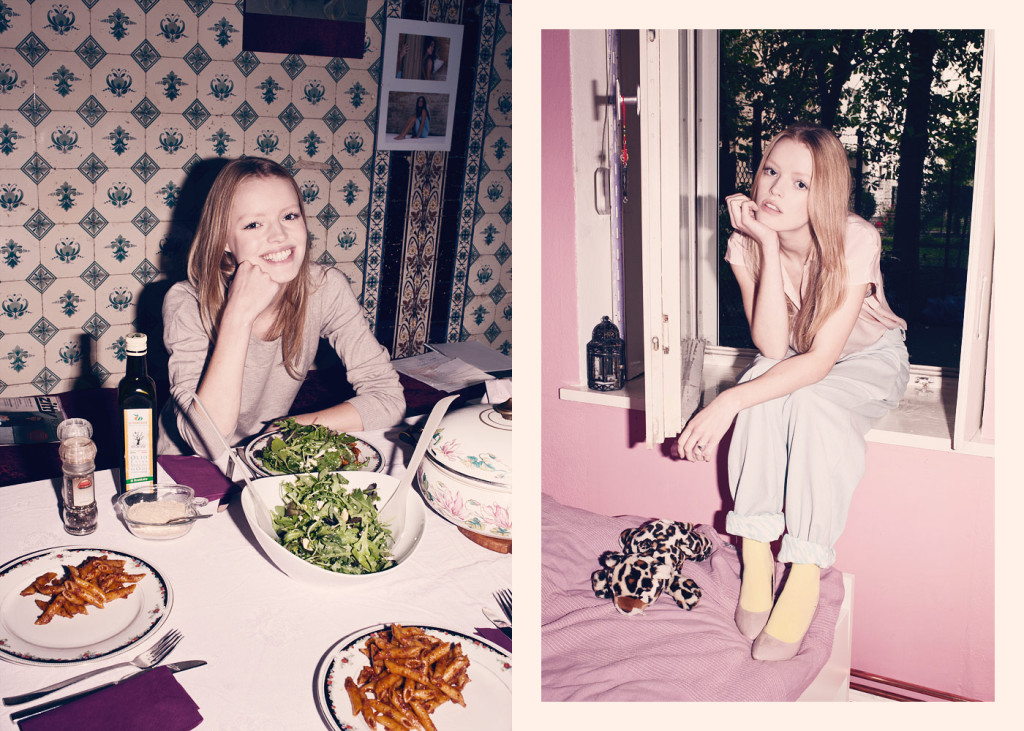 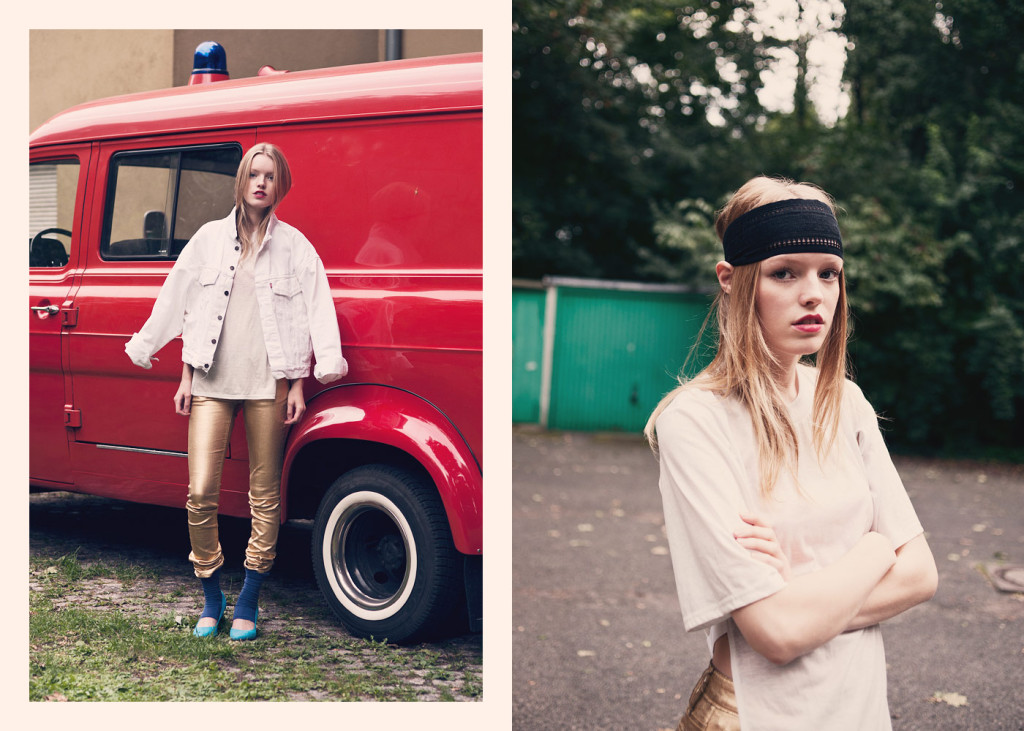 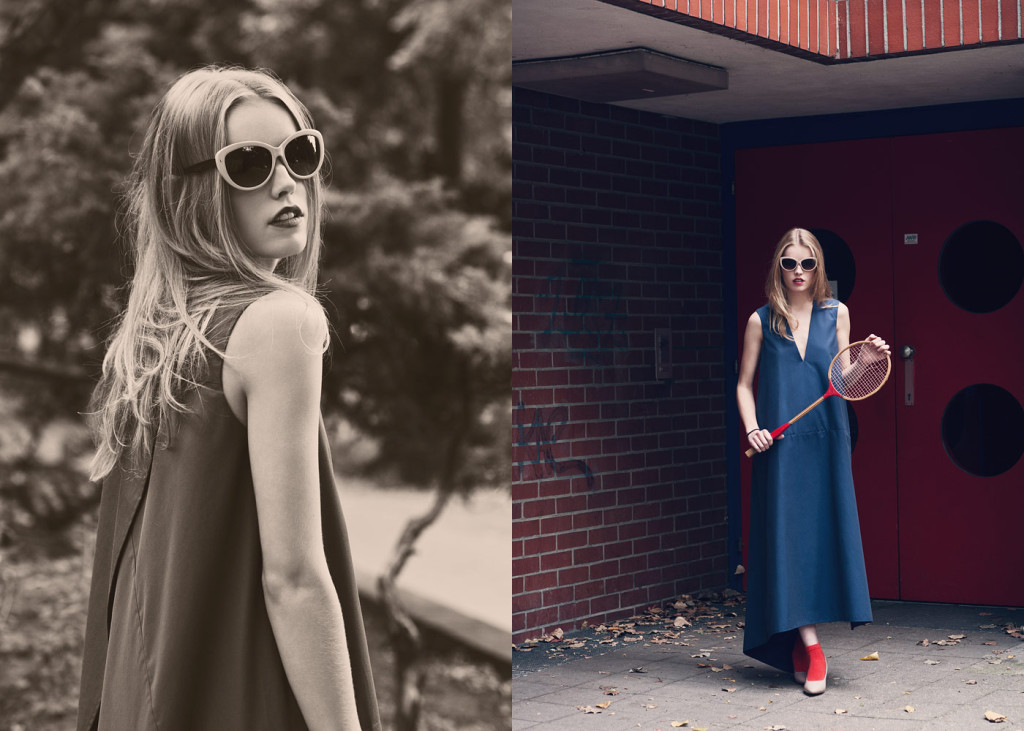 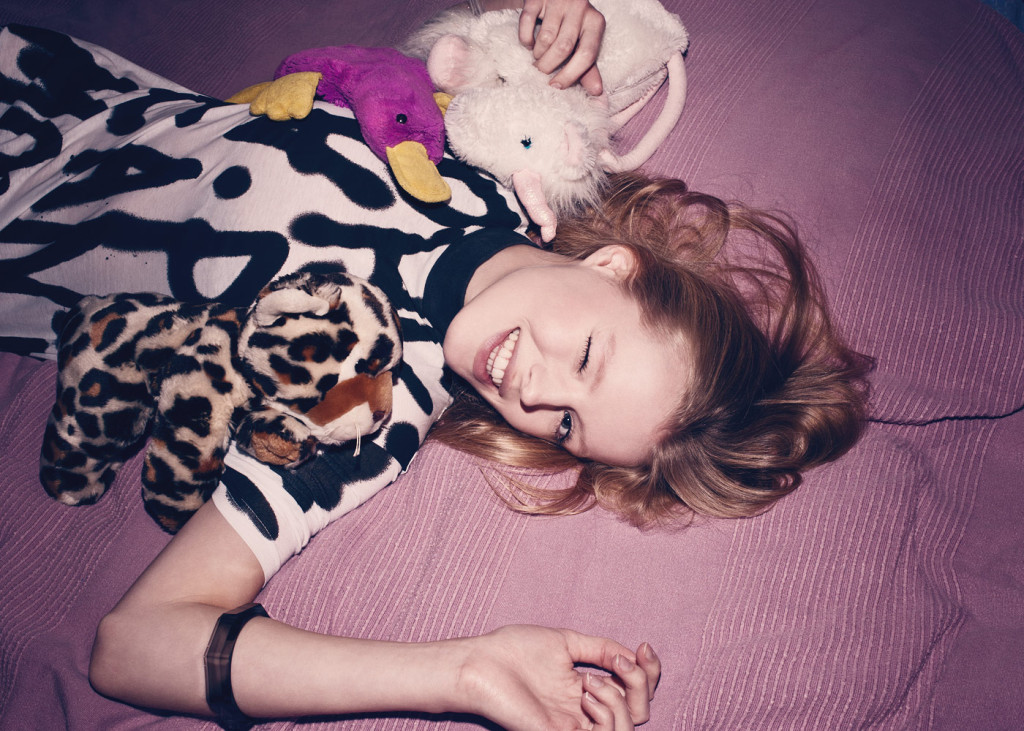 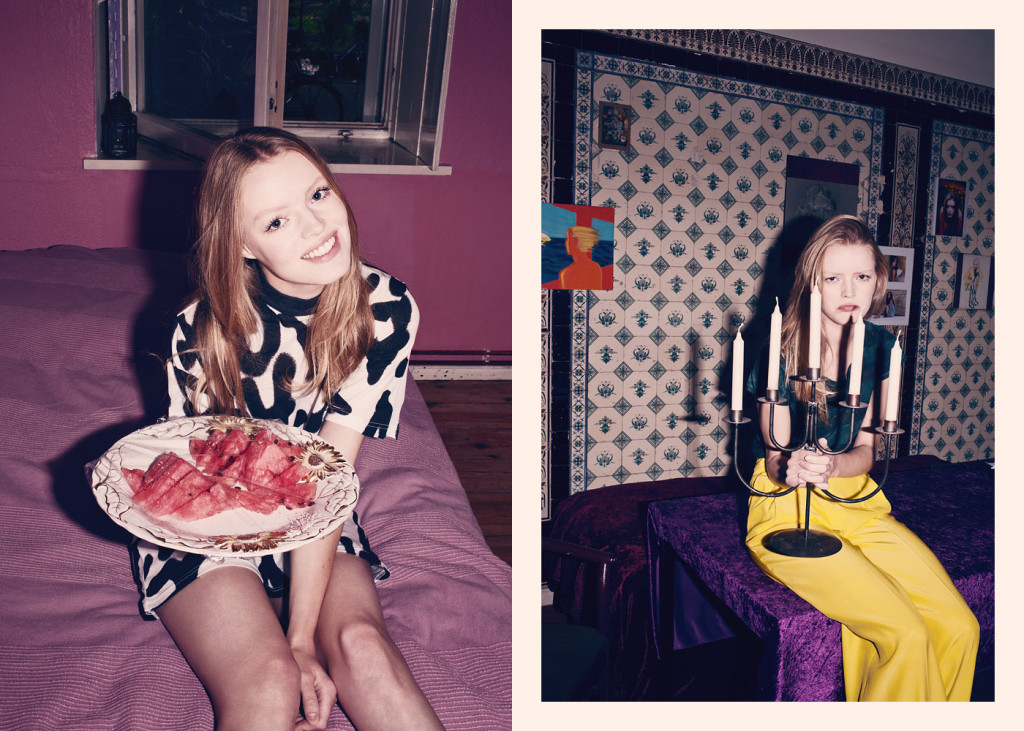 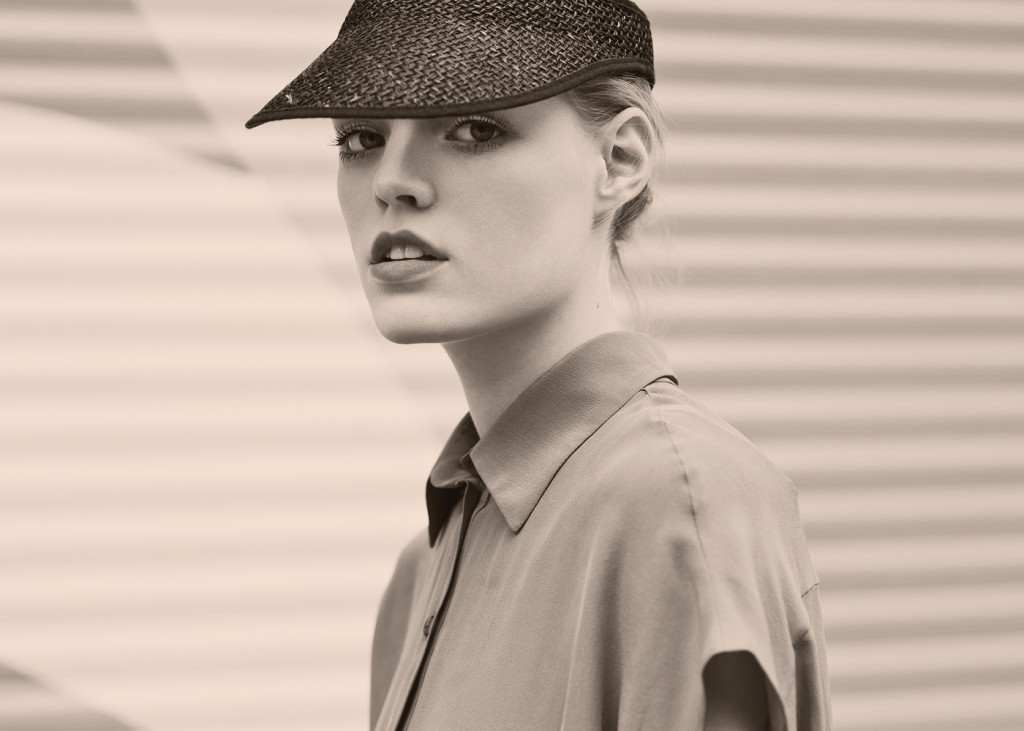 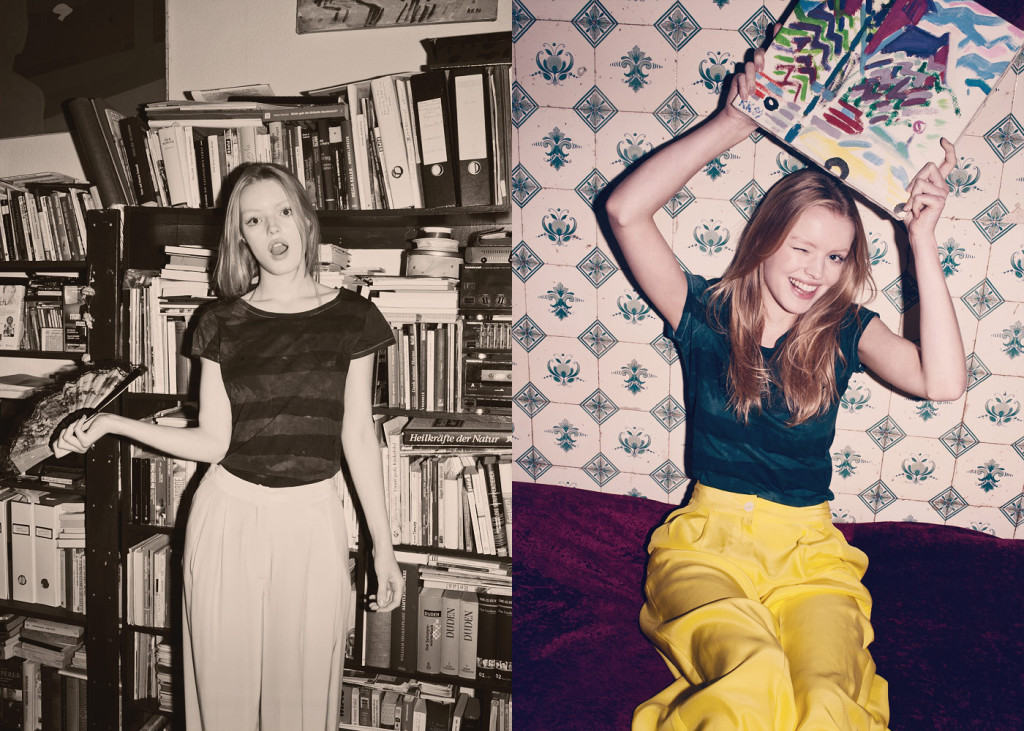 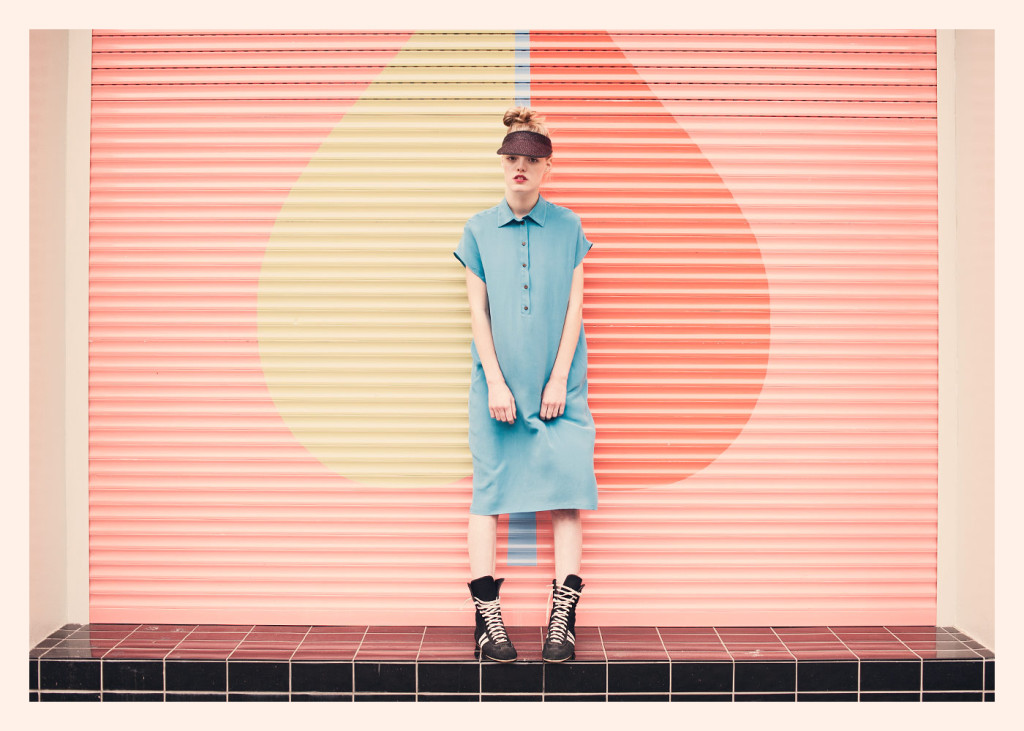 How did you start modelling?

I was approached on the street in Berlin when I was 15. Before that I had already been asked by some other agencies, but at that time I was too young.

What is your favourite home-cooked meal?

It’s lasagne with spinach and salmon, but the best creations are cooked by my boyfriend.

Do you have any secret skills or tricks you can do?

When I was younger I was in the circus where I rode the unicycle… but now I’m no longer good at this. Maybe now I’m pretty good at singing, because I was in a choir for more than eight years.

Someone once told me I looked a little bit like Doutzen Kroes but I don’t think it’s true, but it’s still a nice compliment.

Do you ever break the rules?

What were you afraid of as a child, that you are not afraid of anymore?

Sometimes when I was alone I was afraid that somebody could shoot through our postbox (we have a mailslot, so everybody can see down our hall) so I always ran through our flat to pass the way to the kitchen.

Last dream you can remember?

Last week I had a biology exam that was really important for me. So I studied a lot and in the night before, I dreamed that I was a molecule that had to reach another energy state.

Favourite word in English or German?

My favourite word in english is definitely “garlic”.

Strangest thing that happened on a modelling job?

The last job I had was strange, because the make up artist just didn’t come, so I had to do the make up myself, after waiting two hours for her.

Both, but now I would rather eat pizza.

Great Britain, the USA (although I have never been there, I would like to travel there) and Egypt, because of all the pyramids.

Do you sleep-in on the weekend?

If I went out the evening before I sleep long, but normally I’m an early riser.

Tell us something about your best friend!

I have many friends, but my boyfriend is definitely my best friend!

Elisa was photographed and interviewed in September 2013.